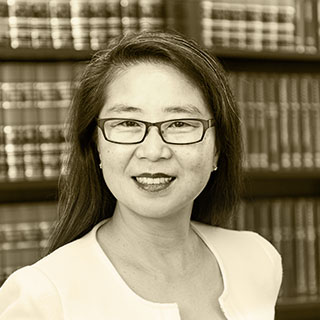 Kay Kyungsun Yu, Esq. recently opened her own solo practice with a focus on serving as a neutral arbitrator and mediator. Prior to opening her own practice, Ms. Yu was a member of the Law Firm of Ahmad Zaffarese LLC where she led the Labor & Employment Practice Group for the firm. Ms. Yu also served as the Voter Protection Director of the Pennsylvania Democratic Party leading up to the Presidential Election on November 3, 2020.

In 2008, former Philadelphia Mayor Michael Nutter appointed Ms. Yu to serve as the Chairperson of the Philadelphia Commission on Human Relations. After violence at a South Philadelphia High School resulted in the hospitalization of 26 Asian immigrant students in 2009, the Commission convened a year-long series of 11 public hearings on intergroup tensions in Philadelphia’s public schools. During that same period, Ms. Yu worked to overhaul and update Philadelphia’s civil rights law, producing the first full restatement of the Fair Practices Ordinance since it was enacted in 1963.

In 2018, the Philadelphia Bar Association recognized Ms. Yu as a recipient of its acclaimed Justice Sonia Sotomayor Diversity Award. That same year, she was named Attorney of the Year by the Asian Pacific American Bar Association of Pennsylvania. Ms. Yu is a graduate of Columbia University and received her Juris Doctorate from Georgetown University Law Center. She was appointed by the Supreme Court of Pennsylvania to the Pennsylvania IOLTA Board in November 2019.