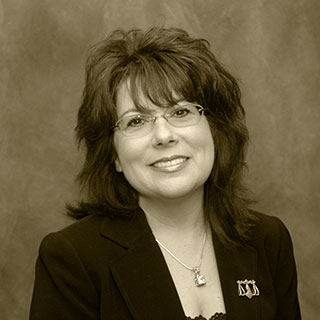 Honorable Stephanie A. Domitrovich serves as a state trial judge of the Sixth Judicial District of Pennsylvania in Erie County. She currently serves in both the Trial Court and Family/Orphans’ Court. Judge Domitrovich also teaches Contract Law and Legal Persuasive Writing as an adjunct faculty member at Gannon University in the Legal Studies Program, where she offers internships to Gannon students in her court office. She earned her Juris Doctorate from Duquesne University School of Law, along with a Master’s Degree and a Ph.D. in Philosophy, both in the field of Judicial Studies, from the University of Nevada, Reno.

Judge Domitrovich is a Fellow with the American Academy of Forensic Sciences (AAFS) and past Chair of the Jurisprudence Section of the AAFS (2016-2018). She is the recipient of several distinguished awards including the 2007 Woman of the Year Award from The Women’s Law Association of Duquesne University School of Law, the 2009 President’s Martin Luther King Award from Edinboro University of PA, and the 2012 Community Service Award from Greater Erie Community Action Committee. Judge Domitrovich has been the President of both the Northwest PA American Inn of Court (1999-2001) and the Pennsylvania State Trial Court Judges (2005-2006). She also served as Chair of the National Conference of State Trial Judges of the Judicial Division of the American Bar Association (2010-2011). She was appointed by the Supreme Court of Pennsylvania to serve on the Pennsylvania IOLTA Board in July 2018.